During the interview and broader hiring process, the goal of most companies is to hire the best candidate for the position as quickly as possible. Unfortunately, what constitutes the “best candidate” can be skewed by interview bias.

Bias in interviews is a well-studied phenomenon, but it can have shocking effects. A University of Chicago and MIT study found that applicants received 50% more interview requests when using white-sounding names. Further, Malcolm Gladwell writes in his book Blink about how 58% of Fortune 500 CEOs are over 6 ft tall, but, statistically, only 14.5% of men are that height.

Many studies report the issues associated with a lack of diversity. One McKinsey report finds that companies in the top-quartile for diversity on executive teams “were 35% more likely to be profitable than other companies.”

So, yes, while bias itself is rather conceptual, it bears tangible effects on your bottom line. Here’s what you can do to crush bias in interviews.

Unconscious vs. Conscious Bias in Interviews

Before we launch into some ways you can tackle bias in hiring, let’s quickly differentiate between the two forms of bias: conscious and unconscious.

Conscious bias refers to biases that people are aware of. Thus, it’s a type of bias being done intentionally. One manifestation of this would be someone prejudiced against people of color going out of their way to avoid them at work.

Unconscious bias, or implicit bias, is harder to overcome because it’s a bias people are not aware of and thus have no control over. In many cases, unconscious bias occurs in direct opposition to the conscious views that one holds. For instance, a hiring manager who presents no conscious bias against women may still unconsciously give job offers more readily to male candidates.

Identifying and avoiding interview biases is no easy feat, but it is possible. Next up, I’ll discuss some of the best ways to do so.

Here’s how you can avoid conscious and unconscious bias in interviewing to hire the most qualified candidate possible.

Many companies, including ones as prestigious as Google, use interview grading rubrics to help curtail bias. Your rubric would look something like this.

What’s great about this approach is you can determine ahead of time (before evaluating any candidates) which skills are critical to the role you’re trying to fill. You’ll then define objectively what each point on the rubric means.

After you’ve labeled the appropriate skills, you’ll grade candidates after their interviews. Focus on each skill individually and not the candidate as a whole. This prevents the hiring process from being subjective and forces you to evaluate candidates on the exact same metrics.

Grading rubrics are excellent, but they’re only part of the interview process. To better eliminate bias in interviews across the board, you’ll want to create guides for each role. Here’s an example from SHRM.

Your company’s interview guide is a standardized way to ensure all candidates receive the same interview experience and are asked similar questions. Your guide should discuss:

Inconsistent questioning is a huge variable that can impact your judgment of candidates. To best avoid bias in interviews, you want to determine interview questions before speaking with any potential hires.

Standardized questions prevent interviewers from asking leading questions that may support their first impressions of a candidate. Further, interviewers won’t accidentally forget to ask specific candidates about relevant experience or essential skills for the open role.

Additionally, interviewers should take notes during their time with each candidate. Writing impressions down post-facto can lead to certain forms of bias, as the interviewer is now reflecting on his or her impression rather than writing notes down in the moment. As with most tips on this list, any step you can take to keep interviews as objective as possible is vital for mitigating bias in hiring.

Take-home tests can be helpful across many roles, from marketing to data analytics to software engineering. These tests should be a fair assessment of candidate talent, not a grueling experience that seeks to benefit you as the company.

The same assignment should be given to all candidates; evaluate these tests anonymously to help further eradicate bias in interviews. Only pair names with tests once the assessments are made.

If you’re planning on hiring developers, CodeSubmit has the perfect coding challenges for your interview process. Our challenges use real tasks across over 60 languages and frameworks to evaluate candidates fairly. Get started eliminating bias with CodeSubmit today!

5. Recruit From All Over

Recruiting from various sources, including online job boards, universities, and all across the globe (if you’re remote), helps diversify your candidate pool and thus eliminate bias towards prestige. Avoid recruiting solely from top universities in top geographic locations.

6. Never Use Your Gut

While our gut instinct can serve us well in many ways, hiring employees is not one of them. Relying on your gut is a breeding ground for all sorts of biases and will prevent you from objectively hiring the best person for the open position.

Instead, use the methods above, from grading rubrics to standardized interview questions. All of this helps eliminate bias in interviews.

Bias in interviews negatively affects candidates and businesses alike. Although it’s impossible to eliminate bias entirely, the steps above can help your company take significant strides towards reducing it and making the best hiring decisions possible. 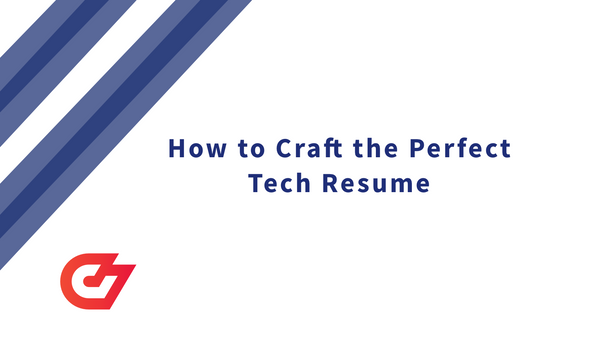 Crafting an outstanding technical resume is critical if you want to land a job in tech. With how competitive these roles are, you’ll likely be competing against a lot of other qualified applicants like yourself. Follow these resume guidelines to stand out and snag the job.

Need to hire software developers? Learn how to attract and hire the right people for your team!