Before tech companies employed remote teams, corporations and conglomerates had long been outsourcing their work to India, Ukraine, parts of Latin America, and Southeast Asia. Why? To take advantage of deep talent pools, at a fraction of the cost.

Today, as companies and their employees negotiate what the future of work will look like, we’re seeing these same compensation practices play out much closer to home.

What is Market Rate Compensation?

Before the rest of the world (begrudgingly) embraced remote work, a handful of companies had been working this way for a long time. Companies like Buffer and GitLab had the freedom to attract great talent from all over the world, and it gave people from all corners of the world the opportunity to accept some really exciting job offers.

Both Buffer and GitLab are incredibly transparent about how they pay their staff. Buffer has published the salaries of every employee while GitLab has written multiple manuals and blog posts detailing the different factors and data points they use to determine pay.

The one thing both companies have in common is that employees’ salaries are influenced by where the employee lives.

At GitLab, location factor is calculated based on market rates from a few different sources and is benchmarked against market rates in San Francisco. As of September 2021, the location factor for GitLab’s Engineering team is at 0.655, which means the average salary of an engineer at GitLab is 65.5% of what an engineer based in San Francisco would make.

To make sure that GitLab accurately compensates its workers, employees are required to communicate their intentions to relocate to their managers before they move or within 6 months of the move. If not, workers could be penalized and even lose their jobs.

While we continue to explore what the future of work will look like, remote work remains front and center in many discussions, whether that’s working from home full-time, traveling and working full-time, or moving to a different state or country.

As we started imagining new ways of working to accommodate healthier work-life boundaries and reduce time spent commuting to and from the office, companies like Google, Facebook, Twitter, and Slack began announcing new compensation policies that would see workers' salaries slashed by as much as 25% if they moved away from high-cost cities like San Francisco or London. To soften the blow, Stripe is offering workers a $20,000 relocation bonus in exchange for a 10% pay cut.

Who’s really paying for it?

Sarah O'Connor wrote in the Financial Times of a scenario where one worker inherited a house in an expensive city while another worker bought a house in a commuter town. If they both worked from home, would it be fair for the latter to take a pay cut?

In GitLab’s 2021 Remote Work Report, they found that women make up 58% of the remote workforce, 55% of remote workers are parents with children under 18, and another 15% of remote workers are also caregivers. These numbers should raise concerns as once again, families and women who choose to work from home for personal reasons are likely to be penalized professionally.

What about workers who choose to move to more expensive cities? Will they need to justify their move to managers in hopes of getting a pay increase that reflects the higher cost of living in those cities? What will those conversations look like? Do companies have mechanisms in place to ensure that they can adequately take into account the goals of the company and the goals of the individual?

While we're on the topic of mobility, many companies justify their pay cuts by claiming to pay above market rates. However, market rates are typically low in less-affluent regions, which is why they also tend to be low-cost regions. Stifling wages based on market rates could end up limiting movement and upward mobility of workers from less-affluent countries and regions.

Why are companies doing this?

"It's clear that Google doesn't have to do this. Google has paid these workers at 100% of their prior wage… So it's not like they can't afford to pay their workers who choose to work remotely the same (as before)."

For smaller companies, the move toward localized pay cuts, if communicated carefully, could lead to substantial cost savings that could give companies more time to recover from the pandemic. As Tracy Cote wrote in Forbes, it’s smart business practice. She went on to say:

“It’s simply not equitable for a Silicon Valley-based worker to earn the same as someone in the Midwest...

Sure, they’re doing the same work and may have the same qualifications, but the salary goes (much) further in many places than it does in Silicon Valley.”

In 1990, a study by psychologist Jerry Greenberg found that reducing pay of workers in manufacturing plants by 15% led to an increase in employee theft. They also found that when no adequate explanation was offered to employees, employee theft was two times higher, and turnover increased as well.

While developers and engineers are unlikely to steal more than a couple of pens from the office, companies should be wary of the negative outcomes that might last for years to come.

Academic research has shown us that wage cuts are particularly bad for morale and will damage productivity. Researchers at a German university posted a job opportunity at the university’s library for an hourly wage of €15. However, when participants turned up, they were told that they would be paid more (€20), paid less (€10), or paid as advertised. The researchers chose not to give any explanations for this change.

Participants who were paid less experienced induced disappointment and a break of trust with their employer. This led to more than a 20% drop in productivity when compared to the control group.

Another three-year study found that the negative effects of pay cuts on morale have a lasting impact on productivity. In this study, researchers measured the effects of changes made to the payment structure for consultants, where increases were made to their base rates while the opportunity for larger bonuses decreased. This model for remuneration negatively impacted high-performing workers who were making more money from their bonuses.

Researchers found that productivity went down by almost 30% and turnover increased as well. What's more, these negative consequences lasted throughout the tenure of those who experienced pay changes. For example, they scheduled fewer client meetings and took more days off.

The study concluded that for companies to truly benefit from the effects of pay cuts, the company would need to wait for all existing employees who experienced the pay cut to leave the company and be replaced by new workers who were unfamiliar with how things were before. This could take up to ten years or longer.

In response to the news about Google’s plan to localize pay, the company’s spokesperson said to Reuters that their "compensation packages have always been determined by location, and we always pay at the top of the local market based on where an employee works from.”

My question is, why do these companies who pride themselves on disrupting industries and “changing the way we work” insist on this old-school way of remuneration? Just because wages have always been influenced by location, does that mean we have to keep paying people based on where they live? Is the value of a line of code written in Hanoi worth less than code written in San Francisco?

Why make HR teams spend hours creating handbooks with complex calculations, videos, memos, and blog posts about how these pay structures are “fair”, instead of actually paying people fairly?

In 2018, Help Scout, an all-in-one customer service platform, transitioned their fully remote team from localized pay to equal pay, regardless of where employees were based. Help Scout now aims to pay their employees in the top 10%-25% of “second-tier” markets like Seattle and Boston.

“If an employee working from Argentina is making a killing relative to the person delivering the exact same business value from New York City, it’s not the business’ concern — just as what they spend on an apartment is not our concern. I’m paying a price for a job to be done well and the value is the same to me.

Many remote companies want to have their cake and eat it, too. They want access to talent in the region, but can’t afford it for everyone, so they introduce a market rate philosophy. (The leaders) in these companies often live and work in San Francisco, but I wonder if they might feel differently if they were subject to lower pay for the same work.

In my opinion, the market rate philosophy reinforces norms that were meant to be made irrelevant by remote work. We say that remote work has no borders, but the compensation philosophy still ties people to the most expensive geographies if they want to be compensated equitably alongside their peers.”

Basecamp, a long-time remote company, also pays people based on the value they bring to work, and not where they live. In this blog post from 2017, CTO and co-founder David Heinemeier Hansson highlights that the company aims to pay people in the top 10% of San Francisco market rates across all positions.

While the company doesn’t do bonuses, annual increments happen automatically to keep up with market rates. What's more, individuals who are paid above market rates will not be forced to take a pay cut. If that doesn’t seem impressive, Basecamp also offers comprehensive benefits to its workers across the globe. For example, they include an additional 6% to workers’ invoices, so that employees who live outside the US can invest in a retirement plan similar to the American 401(k).

Since announcing its work-from-home program, Spotify has also announced that it will not be cutting employees’ salaries. Instead, employees can choose to work from home, work from the office, or from a co-working space that the company will pay for. Spotify hopes that this decision will help “promote work-life balance, employee happiness and inclusion”, as well as help the company attract talent regardless of location.

“This is an opportunity to scrap the idea that big cities are the only places where meaningful work can happen, because we know firsthand that isn't true."

Travis adds that this is also an opportunity for the company to promote pay equity:

“Black employees historically have been discriminated against when it comes to pay and growth opportunities, and it is likely the local market pay is lower than a comparable city with a large white population."

At Reddit, the company announced its remote work policies back in September 2020, explicitly stating that employees in the US who are not location-bound are free to move away from San Francisco, where its office is located. The company also emphasized that their workers will not be penalized for this move. Instead, Reddit will benchmark pay according to top cities in the US such as New York and San Francisco.

The company also hopes that this move will allow them to attract top talent from all over the country, further diversifying their workforce in the process.

A Chance to Walk the Talk

Moving forward, companies will need to determine what sort of culture they want to create. Flexibility at work, whether that’s location or working hours, is really important to a lot of people. If companies insist on penalizing workers because they’re prioritizing life beyond work, opting out of two-hour daily commutes, or choosing to live in less densely packed cities, they should be prepared to face disgruntled employees.

As we emerge from the pandemic with new perspectives about work, companies are given a real chance to align their values to their actions.

What will they choose? Only time will tell.

What are the top hybrid workplace statistics? Here are 50+ key statistics that show you what the workplace will look like in the future. 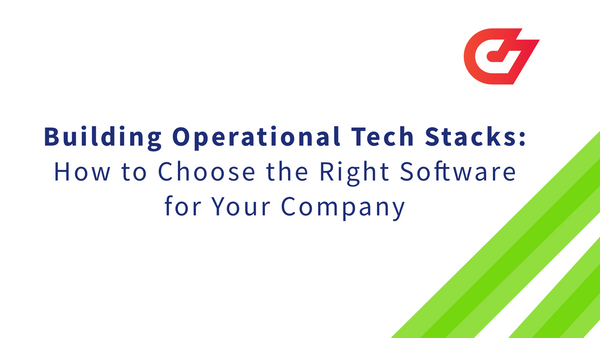 The tools you rely on have a huge impact on the capabilities of your business! Learn exactly how to build your own operational tech stacks with this article.