Tracing developer salaries over the last 20 years was an interesting endeavor. Researching the topic meant changing the language I used to search for data.
Back in the early 2000s, tech and software were referred to as “Information Technology” (IT) or “Information and Communications Technology” (ICT), developers were still referred to as “IT workers” and little was mentioned about the many specialized roles we have today.

To go back in time, I mainly referred to data published by the U.S. Bureau of Labor Statistics as they offered the most comprehensive year on year data. I looked at data from alternate years, from 2001 to 2019.

At the turn of the century, CNN Money reported that the average starting salary for an entry-level computer programmer was $40,800.

Fresh graduates were also paid differently based on the degrees they held:

Due to the shortage of skilled workers going into tech fields, salaries in America for IT graduates became more and more competitive. Salaries in 2000 were already 10% higher than the previous year and, apart from information science majors, were well above the national average starting salary of $39,824.

The following table shows the average annual salary for developers, programmers, and other IT-related job functions, across all industries in the year 2000:

Tracing developer salaries in America from 2001 to 2019

The graph below shows the annual median and mean salary from 2001 to 2011. These are the relevant job functions I examined, based on the data available from the Bureau of Labor Statistics:

2001 was the year the dot-com bubble burst. That year, while wages did not fall despite the dot-com burst, around 400,000 Americans working in IT-related roles lost their jobs going into 2001.

2008 was when the stock market crashed. Similar to the dot-com burst in 2001, wages in 2008 remained relatively unchanged. However, roughly 111,000 Americans working in IT-related fields lost their jobs going into 2009.

2008 was also the year when wages began to increase at a slower rate compared to previous years. While individuals enjoyed an average of $5,000 increase every two years previously, after 2008, wages only increased by $2,000 every two years.

Generally speaking, from 2001 to 2011, individuals working in tech had at least a 21% increase in wages over time. Systems Software Engineers experienced the largest jump in wages, an increase of 35%.

From 2013 onwards, the Bureau of Labor Statistics changed how it categorized tech-related job functions. It added more job functions to the Computing category, mirroring how the profession had evolved since the early 2000s.

In light of this, I analyzed the broad job function groups available, rather than diving into specific job functions, to get a comprehensive overview of salaries.

Below are median and mean wages for the following job function groups:

In 2013, the national American wage for graduates was $45,327. Workers in tech continue to earn well above the national average.

Similar to the previous period, computer and information researchers continued to earn the most out of the group. In 2019, the average annual income for computer scientists was $127,460, 19% ahead of software developers, and programmers.

When analyzing salaries, it is also important to look at the employment numbers for job functions to get an indication of the supply and demand for specific skills in the labor market.

In 20 years, we can see a 60% drop in the number of people employed for computer programming roles in America. Annual wages, on the other hand, increased by 47% in the same period.

In this section, I removed 2019 data as I was unable to separate developer functions, whether they specialized in applications or systems.

The number of software developers hired to work on applications has increased by 135% from 2001 to 2017. Annual salaries increased by 47% in that period.

Systems developers increased by only 50% in the same period, with average wages increasing by 50% as well.

For web developers, we can see that the total number of employed professionals increased by 31% in just seven years. The average wages for this job function also increased by 21%.

Looking at the data, we can see that developer salaries are not increasing at the rate they used to. As we head into 2013 through to 2019, the annual mean salary for developers and programmers increased from $92,820 to $106,980, a mere 15% increase compared to the whopping 21% increase experienced in the previous decade.

One of the reasons for the slower rate of increase is that the data does not show wages based on seniority and experience. Today, there are more entry-level and junior roles available compared to the early 2000s, and there are more people able to fill those roles.

Interestingly, in 2015, Stack Overflow reported that 42% of developers indicated they were self-taught while in 2019, 63% of developers said they majored in computer science, computer engineering, or software engineering, with 86% of respondents reporting to have taught themselves a new language, framework or tool without taking a formal course.

Another survey by Dice reported that while wages have dropped for developers with less than two years experience, salaries pick up after the three-year mark. Much like other jobs, developer salaries increase with more experience they accumulate.

What to expect in the future

In the years to come, industry experts expect low-level coding and programming jobs to become obsolete with the development of new tools that remove the need to code completely. Take for example the role of Web Developers when it comes to building websites. With popular CMS tools like WordPress and Squarespace, almost anyone can build a website for their business, reducing the need for people who know “just a little bit of front end web development”.

As automation takes away the need for “basic” coding jobs, new skills or a combination of skills will be needed in the future for roles that don’t even exist yet. The need for field experts and true problem solvers will never disappear. The key is to adapt and learn as new technologies emerge.

How to Create a Take-Home Coding Challenge 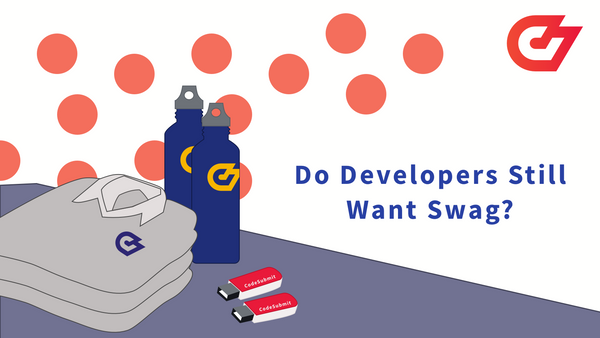 Over the years, company merchandise, also known as swag (short for “stuff we all get”), has become something of a status symbol in some circles. But do developers still want swag? Find out more in our latest article. 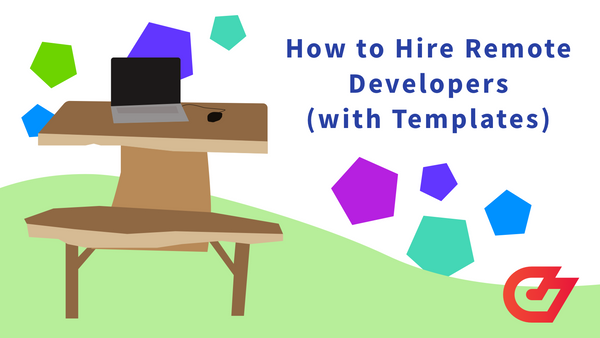